Specifically, the Sù wén 素问 volume helps us understanding the interrelation between heaven and earth, yīn and yáng, it exposes the principles and laws of the 5 agents.

It is in the book: discussion about the secret of energy’s flow according to the Sù wén volume {Sù wèn rùshì yùn qì lùn’ào  (素問入式運氣論奥)} there are two ways or manners (jué 訣), wich are drawings of a hand with the 10 celestial stems Shí tiān gān (十天干)  and the 12 earthly branches Shí èr dì zhī (十二地支) cyclic spots written in it. It is in this document that we can learn about the correspondences between the five agents (Wood, fire, earth, metal and water) and the six energies (heat, dampness, dryness, cold, wind and fire) during the sexagesimal cycle, also we can learn about the energy’s flow in the human body’s channels. The book’s author considers the knowledge of energy’s flow essential on the application of toning and dispersion techniques. 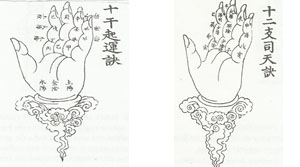 We make punctual notice that the heavenly stems and the earthly branches position in the hand’s drawing is a mnemonic method for calculating the sexagesimal cycle. 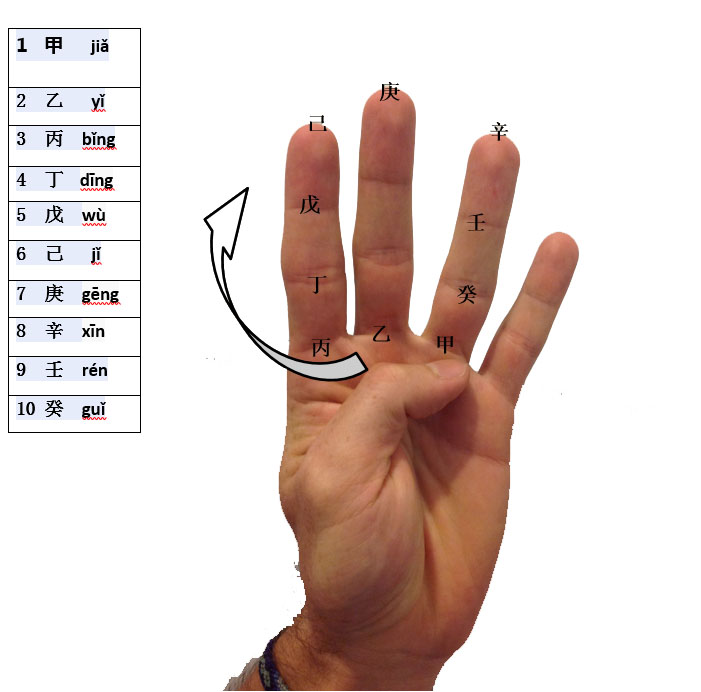 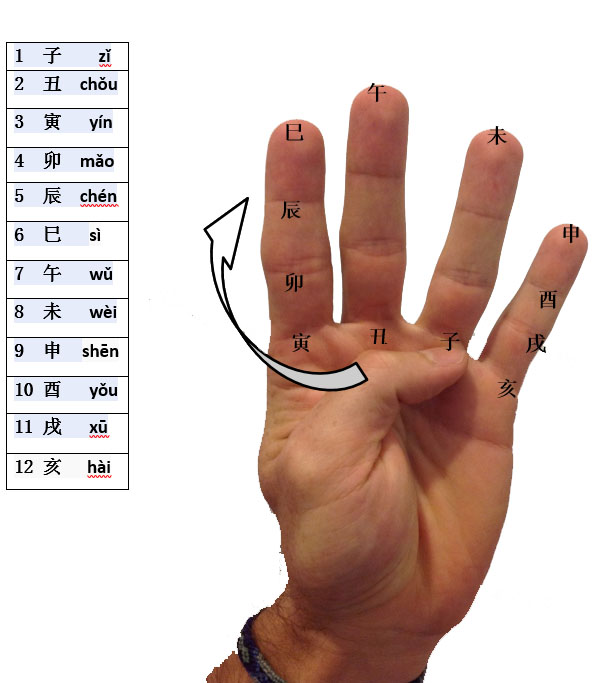