He was talented since childhood.  It is said that he could memorise texts filled with thousands of ideograms.  Legends about his origin also exist.  He might have been the reincarnation of an immortal.

His date of birth corresponds to the 28th day of the fourth moon.  This year the date fell on 3 June, 2016. 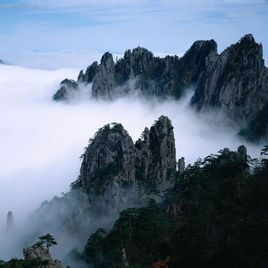 From a very young age he retired to mount Tàibài  太白 in the Zhōngnàn 終南山 mountains.  From there, he pushed away all invitations to participate in the court.  Many emperors tried to invite him to the capital, but he always refused the offers in order to continue with his medical practice dedicated to the commoners.  While he studied religious processes and medical practices in the mountains, he treated many patients with medicines made by himself, with ingredients he had previously gathered and processed.  His generosity and great knowledge of medicine earned him great respect from a large part of the population.  He has been called the God of Medicine and plenty of temples are devoted to him. 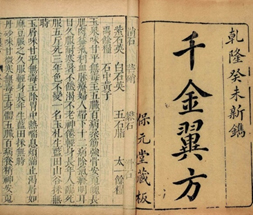 He was so dedicated to his research of remedies and recipes, that he would travel farther than 500 kilometres in order to find a novel treatment.  It is said that he brought back much knowledge from Korea, Japan, and India.  This was a very laudable attitude from Sūn Sī Miǎo, given that during this time, doctors were very conservative and held a very limited point of view.

He studied the channels to review and correct mistakes that had been made throughout the history of medical research.  He created a very special acupuncture, magical at some points, using very unorthodox methods to treat psychological diseases.  He was one of the first to care for women and children.

He lived during an era where Chinese culture was growing at a fast pace and he made important contributions to the medical culture.  As a Daoist priest, his spirit was a universal one (there is a strong link between medicine and Daoist philosophy), he knew well about other traditional thought currents in his country; the prehistoric religions, Confucianism and Buddhism… He is also considered to have had a very ample knowledge of astronomy and divinatory arts.

It seems that he embodied the ideal doctor, using ancient knowledge to help out in his community.  He has been described this way in the introduction of his book: Formulae worth one thousand gold ounces:

“He who desires to become a great doctor must necessarily know in a profound manner The Simple Questions (素问 Sù wèn), The ABC of Acupuncture (针久甲已经 Zhēnjiǔ jiǎyǐ jīng), The Yellow Emperor’s Canon in Acupuncture (黄帝内经 Huángdì nèijīng), The Acupuncture Points according to the 明堂 Míngtáng, The Twelve Channels, The Three and Nine Locations for Pulse Taking, The Theory about the Five Organs and the Six Complementary Anatomical Structures 脏腑Zàngfǔ, The Inner/Outer Relationship 表里 Biǎo lǐ, The Medical Matters, The Appropriate Combination of Remedies, The Prescriptions and Writings of 张仲景 药方 Zhāngzhòngjǐng, 王叔和 Wángshūhé and his book about pulses 《脉经 Mài jīng 》,  and several other manuals (cited but apparently hard to recognise) etc.  In the same manner, one must understand in a subtle way the yin and the yang, destiny and fortune, the divinatory arts of diverse schools, the art of heating turtle’s carapaces and examining the 5 types of grooves, the book of mutations of the 周 Zhōu, the system and study of the calendar to make decisions.  All of this must be well known in order to become a good doctor and not a blind vagrant travelling in the dark, risking a fall or incurring imminent dangers.

Also, a good Daoist doctor must study prescriptions profoundly, looking to find within them the marvellous principles, then meditating on these themes and completing a thorough examination.  These are the necessary conditions in order to cultivate the art of medicine.  Furthermore, one must be in constant search of all kinds of written works.  Why? Because the way of equity and human virtue cannot be known without having read the five Confucian canons in the same way that one cannot know the past and the present if the three stories are not read.

Concurrently, there can be no discernment without having studied different thinkers and having failed to examine events.  If the Nèijīng 内经 is not studied, then the virtue of compassion remains unknown, and joy and the gift. If Lǎozi 老子 and Zhuāngzi 庄子 are not studied, then one will be unable to follow the nature of the true body.  One cannot distinguish perfection from fatefulness, the five movements will finally prevail.  He who can study all this profoundly, will practise the art of medicine, without obstacles, masterfully and excellently”.